The Santiago Arbitration and Mediation Centre (CAM Santiago) is a non-profit institution, established in 1992 by the Santiago Chamber of Commerce A.G. (CCS). Within its statutory framework, the CAM Santiago is comprised by a Board of Directors, an Executive Director, a Legal Director, the Office of Studies and International Affairs, the Arbitration Unit, the Mediation Unit and the Administration and Finance Unit.

The Arbitration and Mediation Center of the Santiago Chamber of Commerce offers the services of national (1992) and international (2006) arbitration, mediation (1998) and Dispute Boards (2015) for the resolution of disputes, thus providing reliable and efficient solutions to the business and legal communities. With more than 5,700 arbitration and mediation cases that have been managed by the CAM Santiago, the institution has become the Chile’s leading dispute resolution organization, specializing in arbitration, mediation and dispute boards.

The Santiago Arbitration and Mediation Centre has undertaken numerous projects and activities aimed at disseminating, investigating and perfecting the appropriate methods of peaceful conflict resolution. In addition to the organization of activities related to the academy, the Centre has published more than 240 arbitral awards (rendered from 1994 to 2016) anonymized and pseudonymized in 7 books and it have also edited 2 books that contain case law regarding arbitration in the Superior Domestic Courts of Justice of Chile.

Furthermore, since 2013, the Centre has a modern digital platform for arbitration and mediation processes (E–CAM Santiago) and in 2017 it signed an interconnection agreement with the Judiciary System of the Republic of Chile.

Internationally, the Santiago Chamber of Commerce (CCS) is part of the national committee of the International Chamber of Commerce (ICC) through ICC Chile. In turn, the CAM Santiago is the Chilean Section of the Inter-American Commercial Arbitration Commission (IACAC), maintaining an important cooperative relationship with the Inter-American Development Bank (IDB). The Santiago Arbitration and Mediation Centre maintains institutional relations with the leading national universities and foreign arbitral institutions while also actively participating in regional forums such as APEC and the Pacific Alliance. In addition, it contributes biannually to Dispute Resolution Data, a global database of international commercial arbitration and mediation processes.

Committed to encouraging the participation of young people and women in arbitration, in 2017 the Center created a list of Young Arbitrators (AJ CAM Santiago) and in 2019 it incorporated 26 female lawyers to its arbitration list, raising the presence of  women from 7.29% to 18.34%.

As part of a steady strengthening of its institutional presence, the CAM Santiago has been working since late 2018 on the development of the APEC Collaborative Framework for Online Dispute Resolution (ODR) and on the implementation of the future ODR CAM Santiago platform.

In 2020 the CAM Santiago became a member of the ITA Board of Reporters. 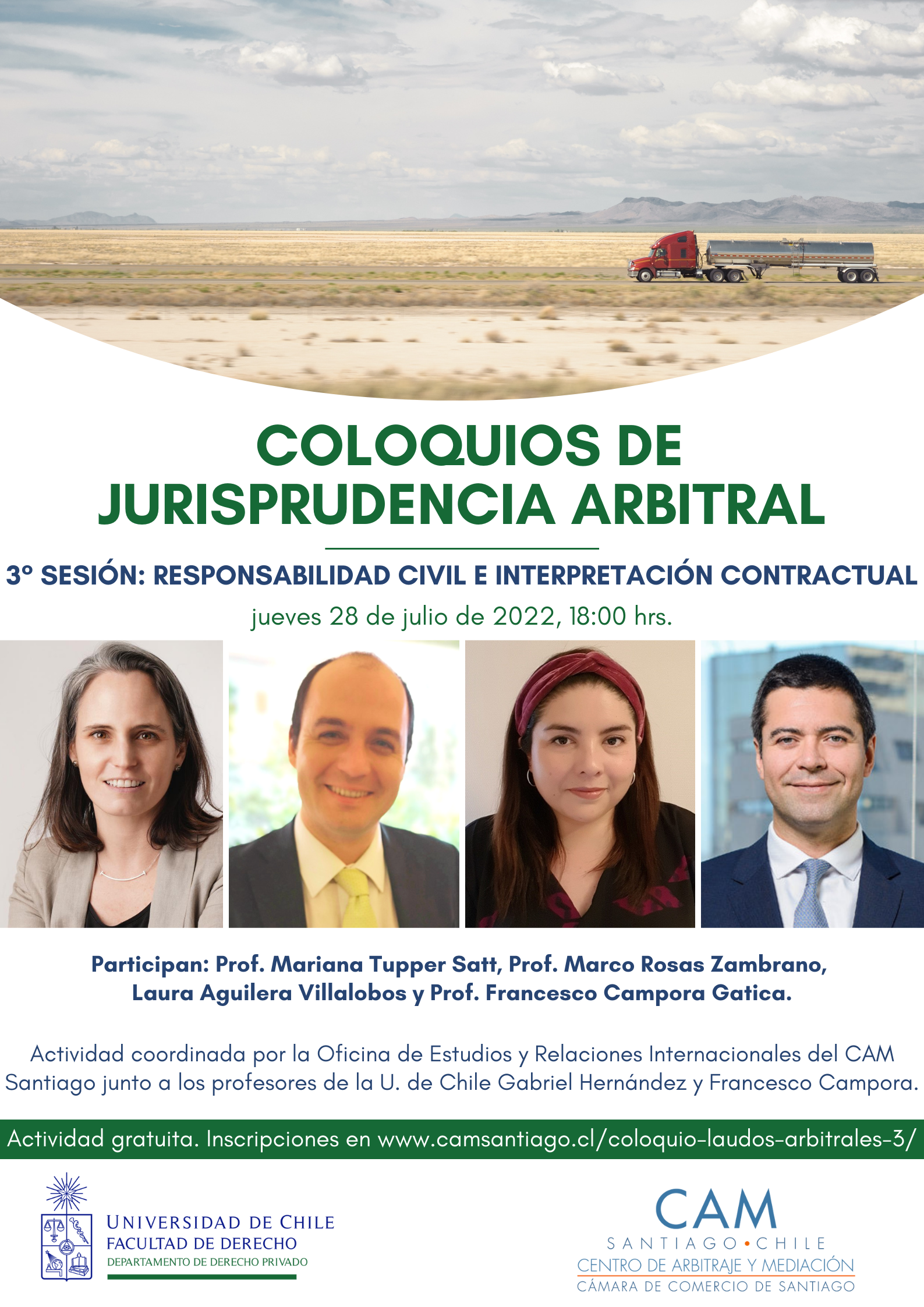